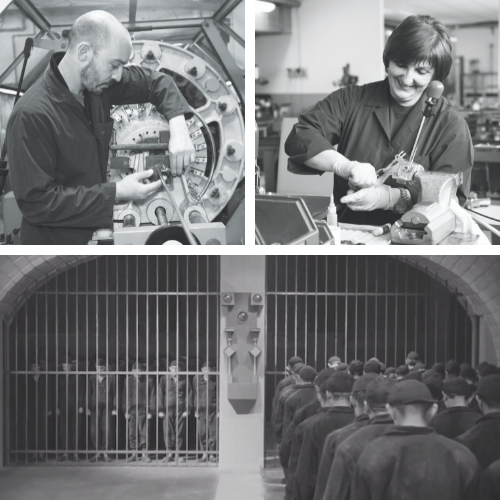 In 1927 a movie titled Metropolis, from the visionary Austrian filmmaker Fritz lang, is released. The question that arises is:  why are we talking about a movie?

The film, set in 2026 (close to today’s date), leads the spectator to reflect. The topics covered in Metropolis are nowadays more relevant than ever; the workers are treated as automatons, forced to exacerbated pace of work, with no security and rights guaranteed, until reaching a total alienation and a non-sense existence.

In the first half of the last century, during the Second Industrial Revolution, people were imagining a future where the workforce within the manufacturing companies would have a mechanical value only.

To date, however, there is a full awareness that within each production chain the workforce is fundamental and important for the realization of any business project.

It does not matter whether a simple product or a more complex system are assembled: the ability, skill and experience of the individual make the difference. Each worker contributes to the success of the final project.

Considering that only five years separate us from the year of Metropolis‘ setting, leads us to reflect on the importance of ensuring a healthy, safe and stimulating working environment.

A corporate welfare that allows its employees to come to work and know that they are in a safe and proactive environment, is the goal that Cofle carries out on its first day in business. Feeling part of a community and not the gear of a machine gives the workers the opportunity to fully express their potential.