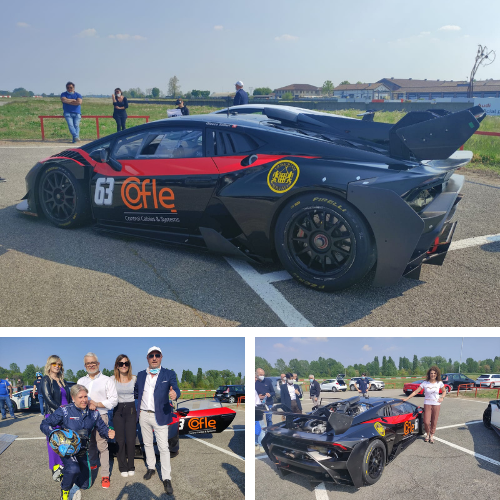 A new challenge for Cofle group

On May 16, Cofle group is going to take part as main sponsor of the racer Glauco Solieri in the Gt Cup Open Europe 2021 edition; a collaboration born from the common passion for the motorsport and the will to take on new challenges.

The Gt Cup Open is a touring motor race born in 2019, taking place in various European countries: from France to Hungary passing through Belgium, Italy and Spain.

More than 20 racers will compete on the different tracks with their Grand Tourer style cars, to offer a top level European series on circuits hosting also Formula 1 competitions.

The races are Endurance type, a car discipline with long distances and high driving times. Usually these races take place in two rounds, with changing of drivers during the race after the first pit stop. In this instance, Glauco Solieri will be the only pilot who will drive during the whole race without having any exchange.

Glauco Solieri, our pilot, was born in 1964 (as Cofle). His passion for engines and racing started early, he sooner understood that this would be his way up.

From the first experiences when he was still a young boy on the go-kart, to the prize as “best pilot 2013” given by ACI sport Emilia-Romagna, Glauco can praise a long career full of prizes and success that made him a pilot of recognized skill and reputation.

These races bring the supercars at their very highest level and potential; for this reason safety is fundamental to guarantee reliability and security for the driver. Cofle makes security its priority; every day we work on innovative solutions to offer our customers safe and inimitable products.

Glauco will drive a Lamborghini Huracan with Cofle livery, a car that will guarantee maximum competitiveness and chances of victory.

The race will be held the 16th may on the Paul Ricard circuit located at Le Castellet, near Marseille, in France.